Getting all up in 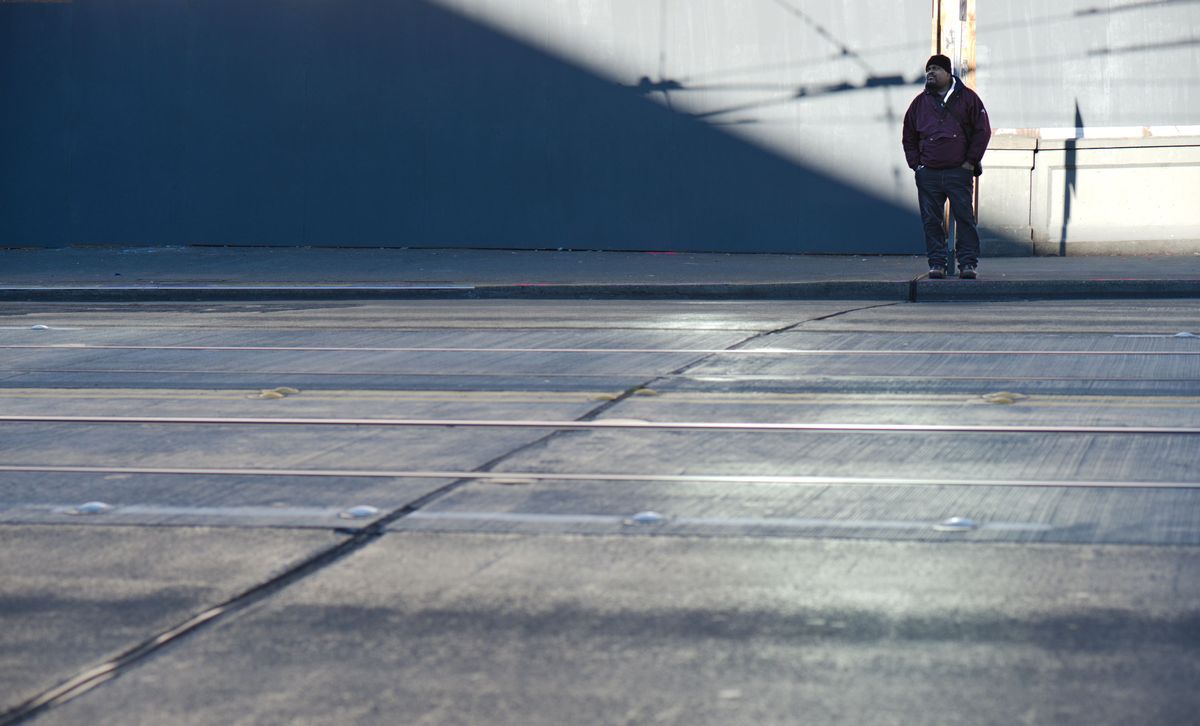 Last week I mentioned working on getting more up close and personal with my photos. Since then I’ve been trying that and it’s working pretty well, I have to say. Full disclosure here: I am borrowing a longer lens from Dirk (I’m borrowing an 85 and I usually walk around with a 50). This has allowed me to take a step in the direction of getting up close. The focal length allows me to fill the frame from father away, but not far enough away where I can shoot from a block down, so I still have to move in. This has allowed me to frame the photos the way I want without having to be too close. Baby steps. 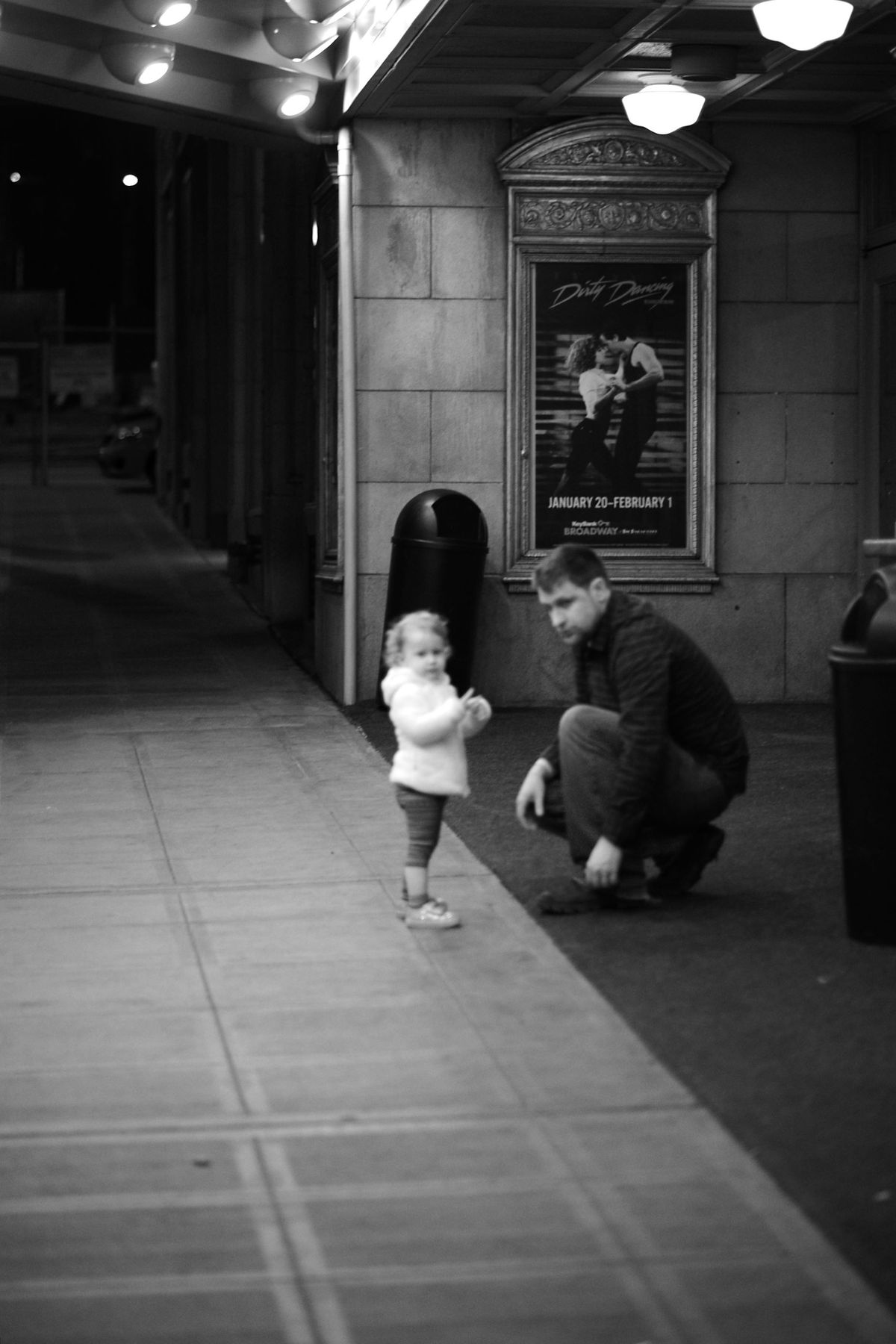 Baby steps indeed. It’s too bad this shot is out of focus. It was one of the first of my surprisingly human photos I took this week. What was remarkable was that they didn’t mind. The baby stared me down, but the dad was entirely unphased. With my new found power, I began getting more and more up in people’s faces. This is by my definition of ‘up in’: 10 feet away. 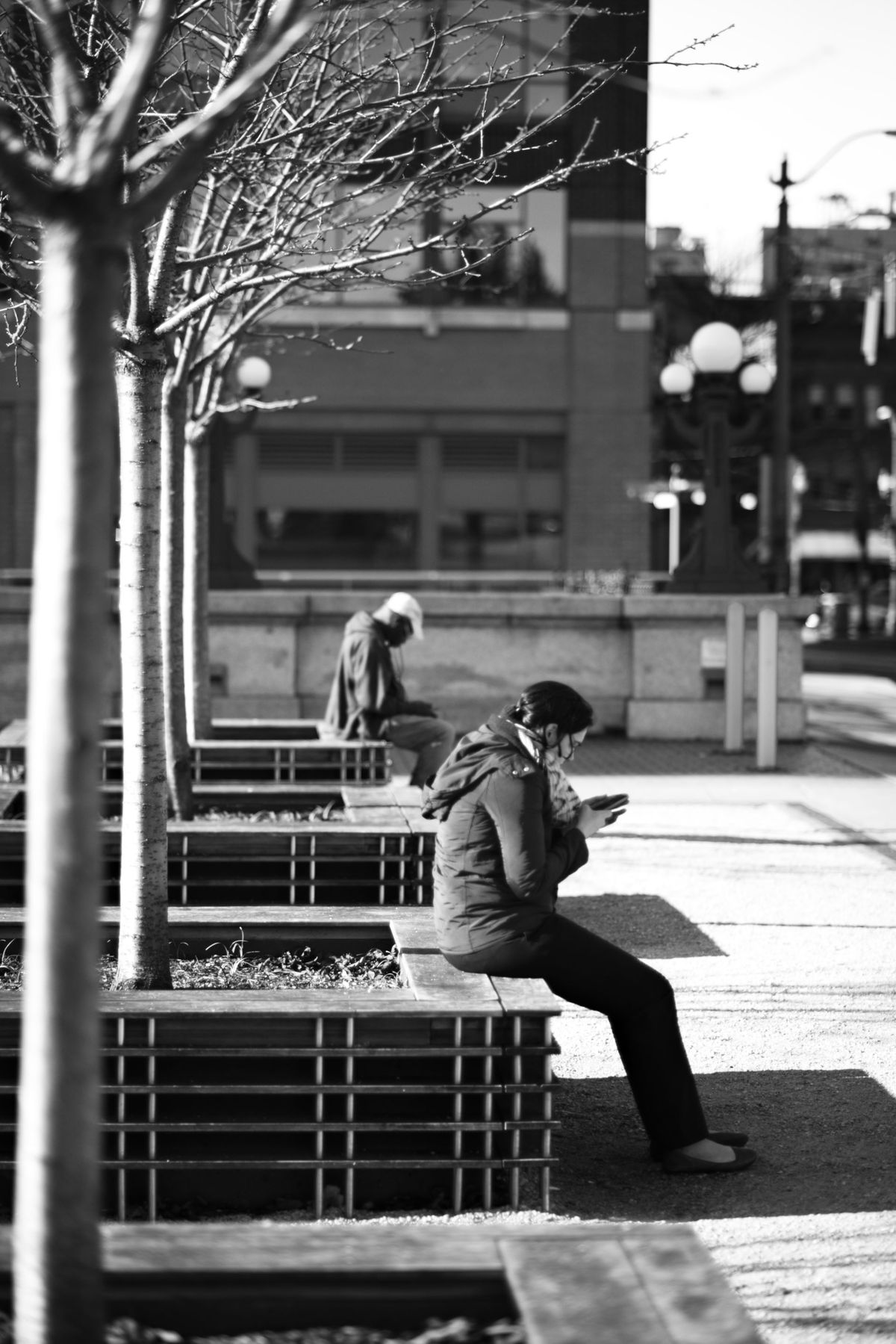 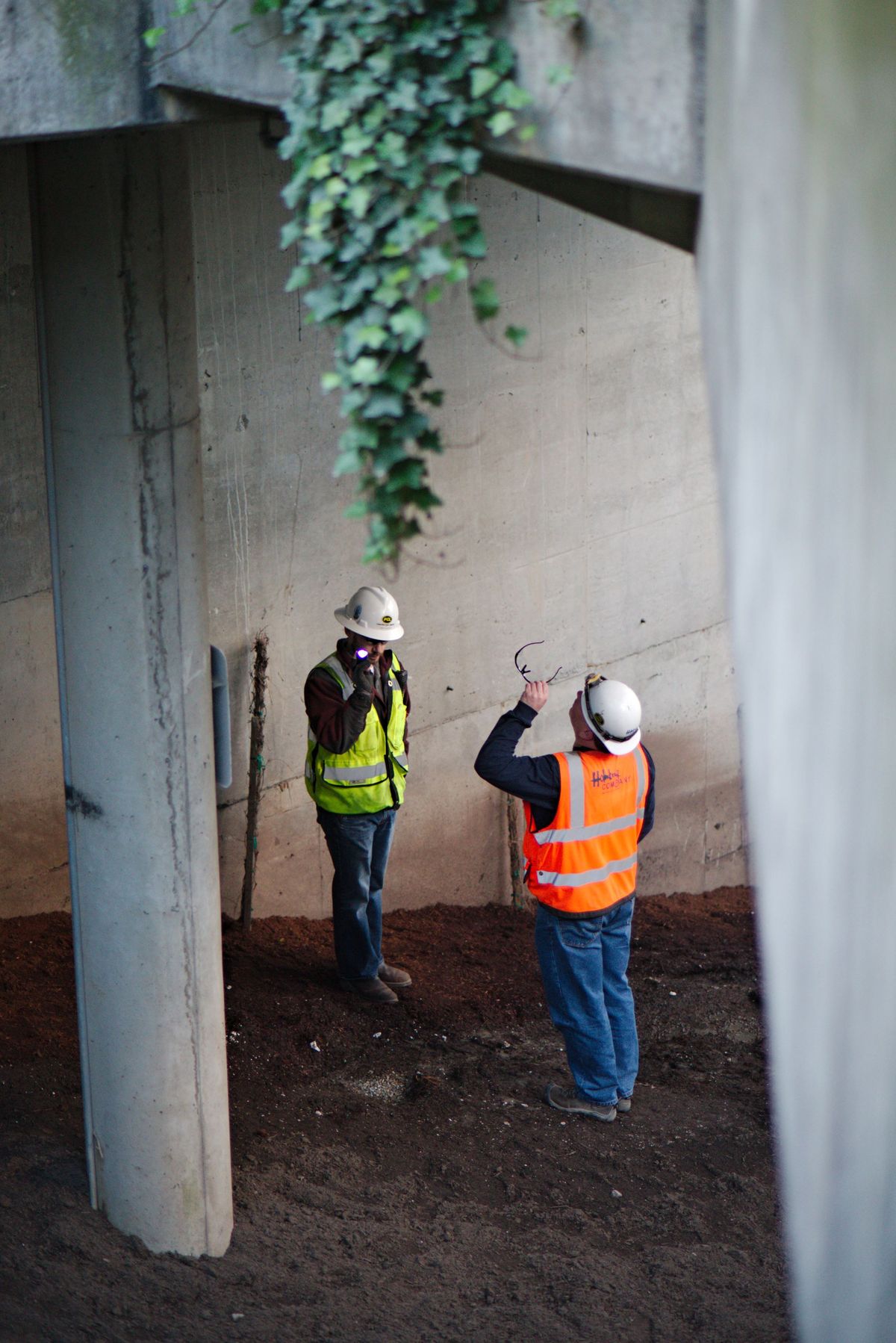 My style is still very much still about isolating the subject within the frame, but now the subject is not quite as lost in the surroundings. These last 2 photos are hands down the boldest street photos I’ve ever taken. 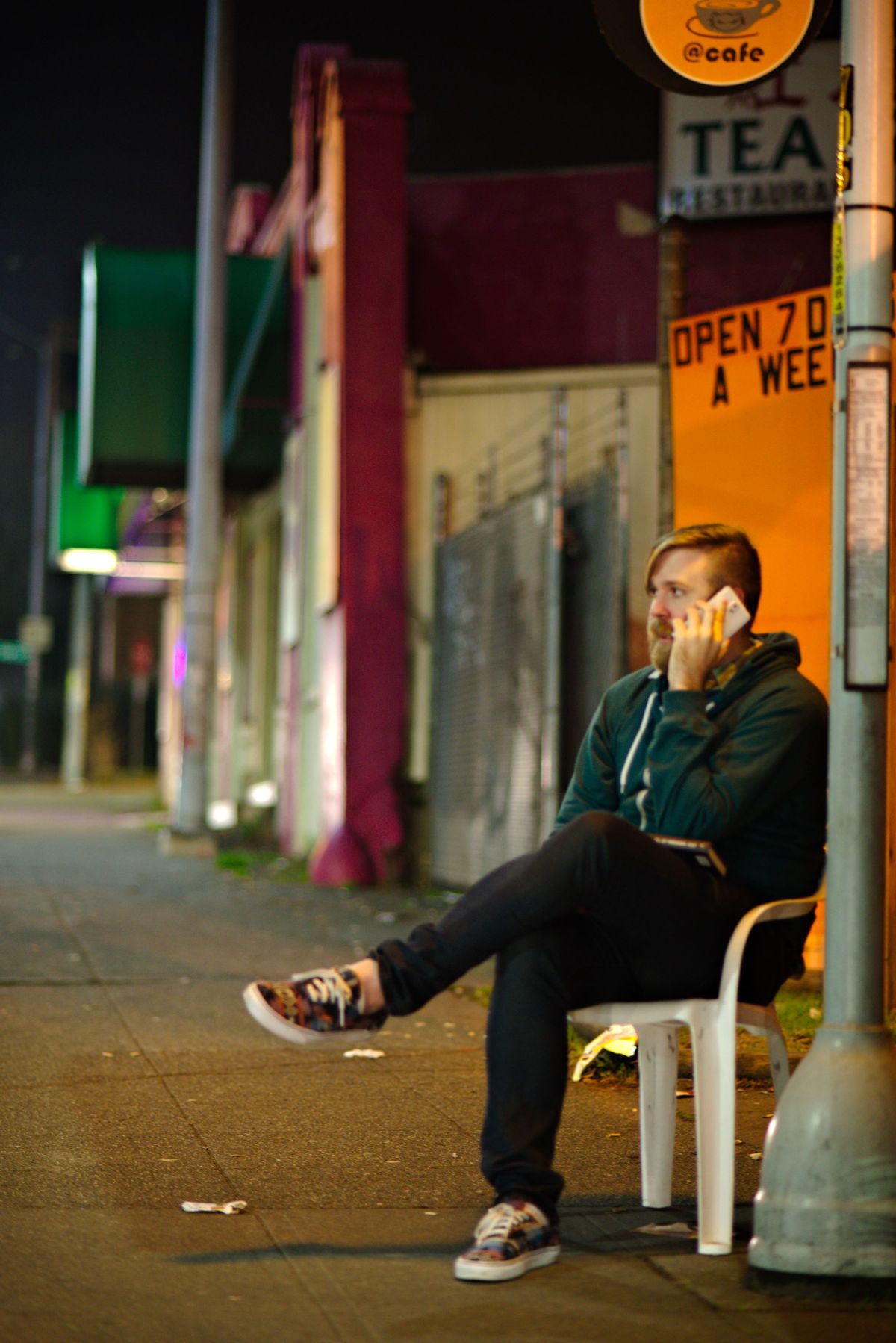 I was on my way home from the bouldering gym, waiting for the bus, when this cat walked over to the bus stop, picked up his phone and plopped down in this chair. I have no idea where the chair came from or why it’s there, but there it was. And he sat down on it. I had to take a picture. I quietly took my camera out of my bag and pretended to take pictures of the street until I was facing him. Still nervous, I missed focus a little, but I think it’s a decent shot nonetheless. I still can’t get over the absurdity of him in that chair next to an empty bus stop. 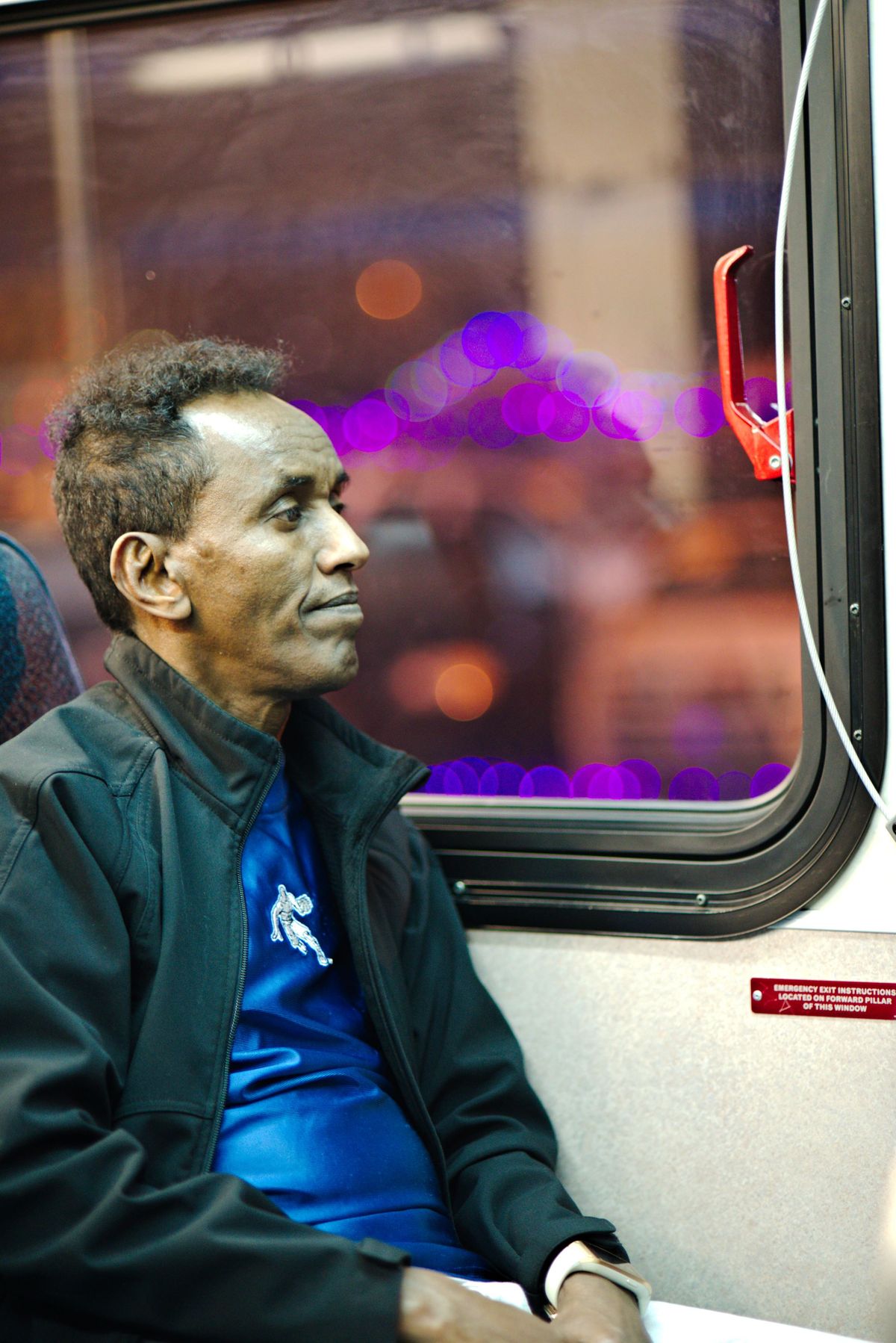 Excited by the fact that I’ve been all up in people’s business all morning with my camera and had no negative experiences, and quite pleased with chair hipster I got on the bus home. This gentleman was initially playing with his gigantic phone. I wanted to take a picture, but by the time I got settled in my seat, he reattached it to his belt. That’s ok, I smiled at him, and when he turned away, I photographed him, while he pretended to not notice. I’m pumped for next week! 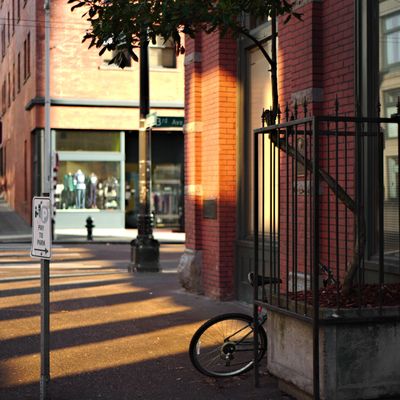 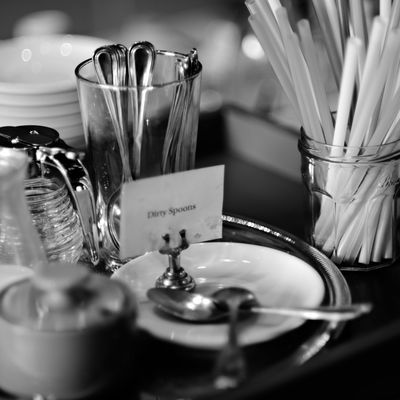 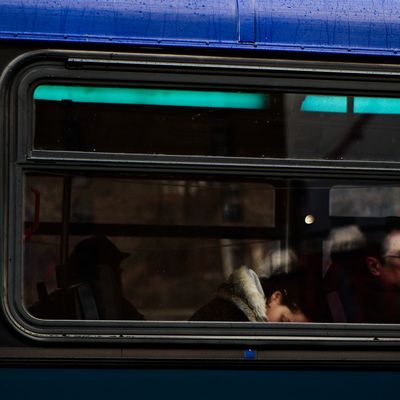 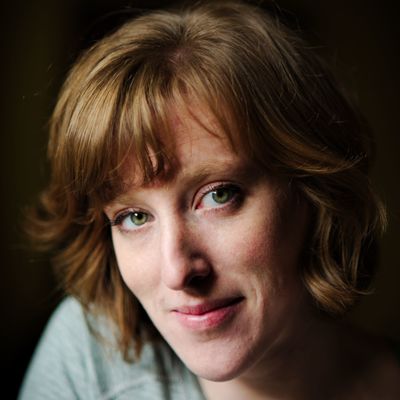 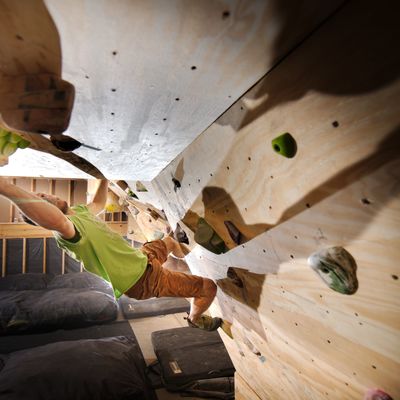 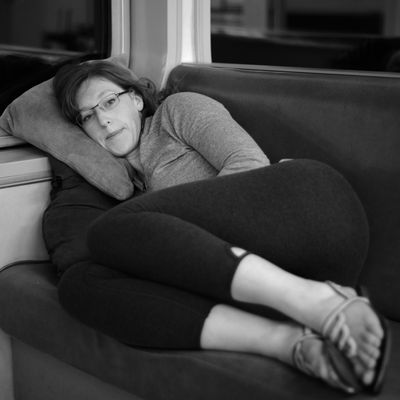 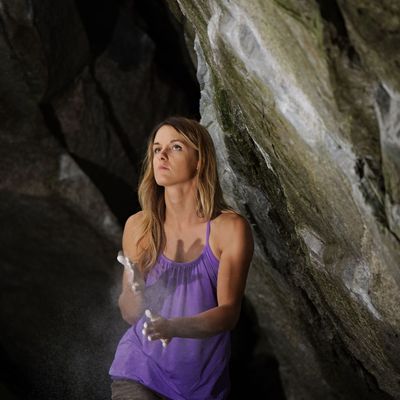 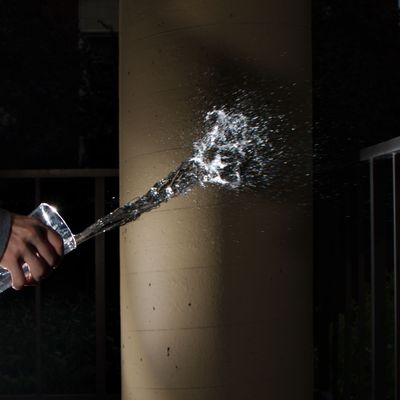